Praised by Forbes Magazine, the business series premiered on Jovem Pan News and consolidated thanks to an innovative format that connects investors with entrepreneurs. 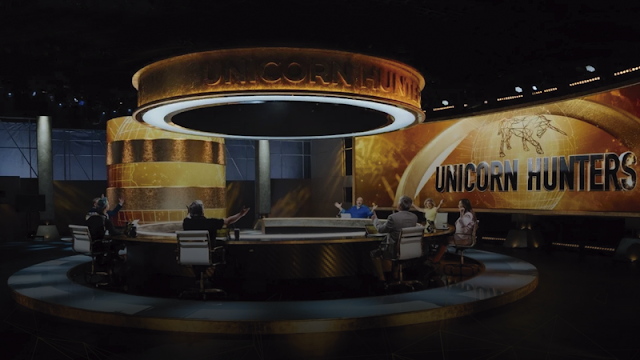 Unicorn Hunters is a pioneering program in the 'enrichtainment' genre where entrepreneurs gain space to prove the viability and impact of their businesses to the Circle of Money, made up of Steve Wozniak, co-founder of Apple; Rosie Ríos, former head of the US Treasury; Lance Bass, artist and investor; Moe Vela, former senior White House adviser; Chris Diamantopoulos, social entrepreneur and actor on the HBO series “Silicon Valley”; Cris Carter, NFL legend and Hall of Famer; Alex Konanykhin, CEO of Unicorn Hunters, and Silvina Moschini, entrepreneur, co-founder and president of Unicoin.

For “Forbes” magazine, Unicorn Hunters is the “most iconic” business series of all time. Much of this can be down to the fact that, since its overseas debut, the show has received over $285 million in funding requests for featuring people who aspire to be the next 'unicorns'. In addition, the program has the endorsement of executive producer Craig Plestis, icon of the reality shows “The Masked Singer” and “I Can See Your Voice”.

The first season of the series has 14 episodes that will be shown in Brazil, exclusively, by  Jovem Pan News,  from January 15th, always on Sundays, at 5:30 pm. In each program, innovative business proposals linked to sectors with high growth potential are presented, including renewable energies, fitness, biotechnology, NFTs, telemedicine and many others.

Disclaimer: The opinion expressed here is not investment advice – it is provided for informational purposes only. It does not necessarily reflect the opinion of TheCryptoArea. Every investment and all trading involves risk, so you should always perform your own research prior to making decisions. We do not recommend investing money you cannot afford to lose.
Tags
bitcoin crypto investing news
Related Article